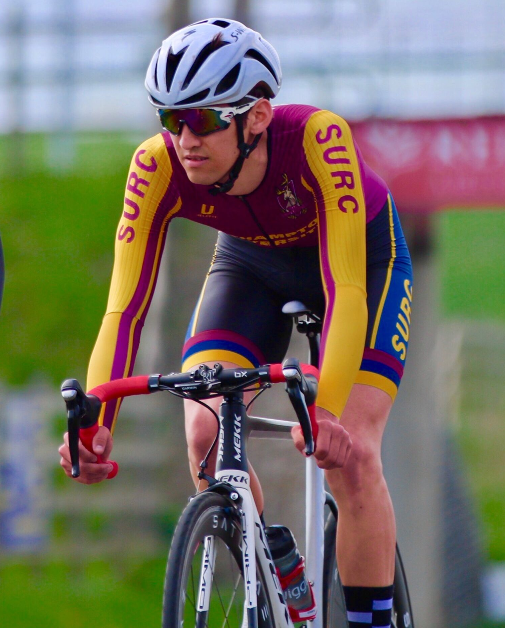 I guide the committee, keep the club running, organise funding $$$
I'm quite known for my child-bearing hips, having a creaky bike, buying too much Morvelo kit, the list goes on.
I consider my best moments in cycling to be any one of the numerous Airfield sprints I've won (with the assistance of Niall of course).
My biggest faux pas, though, was pulling out of half the races I've entered, or puncturing four times on one ride. You decide. 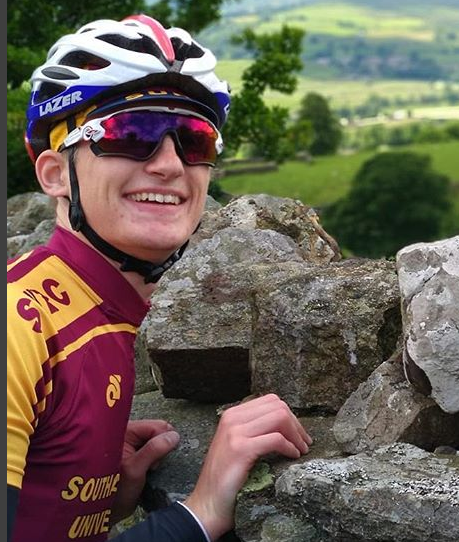 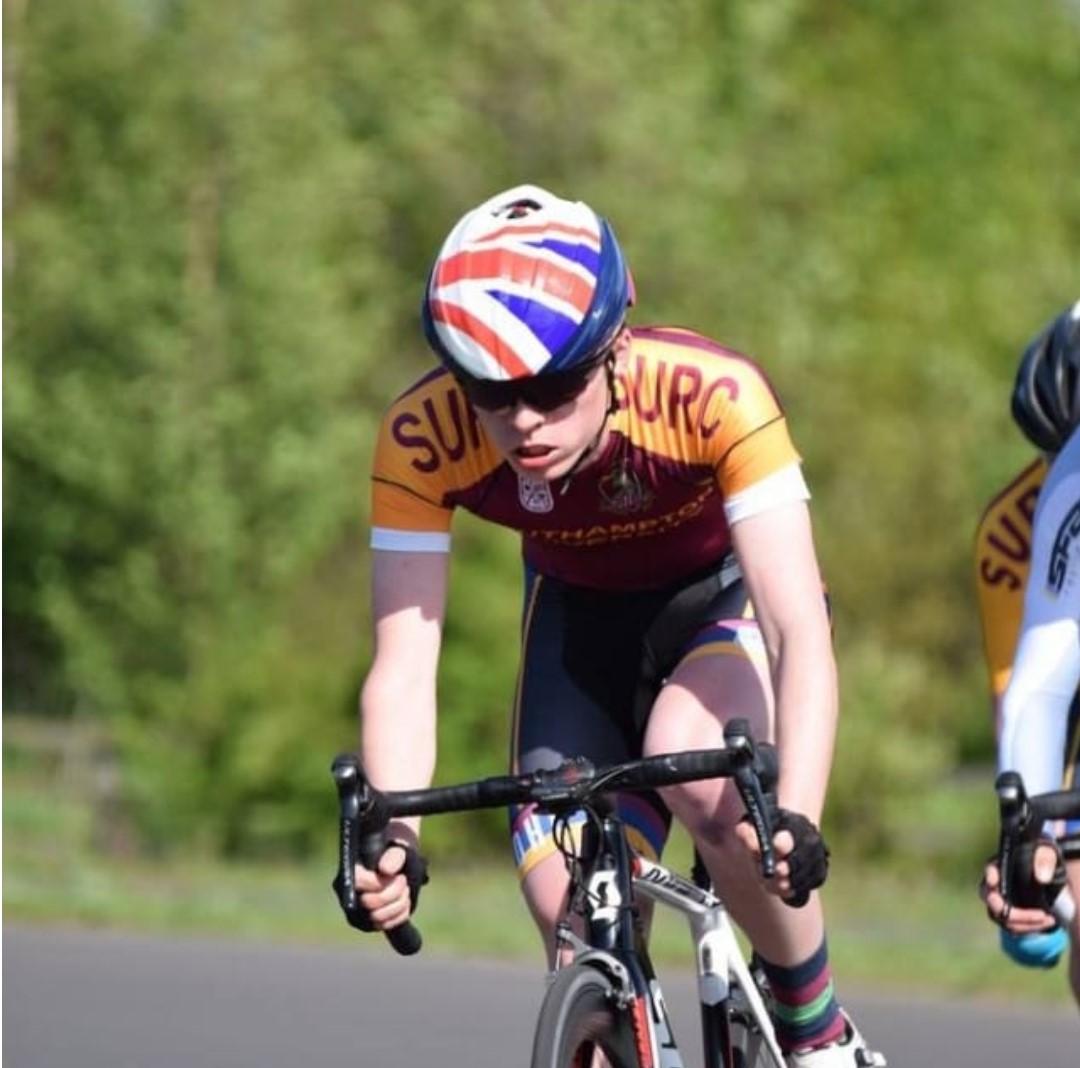 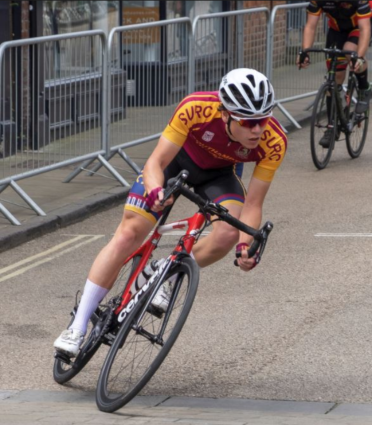 
I look after all of the club equipment and custom kit orders as well as tainge the minutes at comittee meetings.
Well, I like red bikes and riding round in circles indoors.
My best moment was either having Summer rides to the beach or getting dropped at Winchester Crit.
As for my faux pas, I'd say leaving the parking brake on and getting spat at Winchester Crit are among the list. 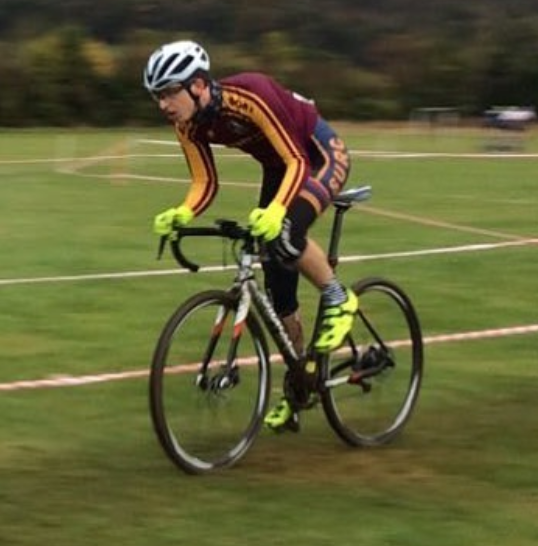 Organise all the super fun track related events at Calshot, Newport and Manchester; and provide free printing.
I'm generally well known for providing one hell of a leadout!
My best moment I guess was bossing everyone at the Tour of Flanders. Also, I have no imperfections, apart from falling off at traffic lights... 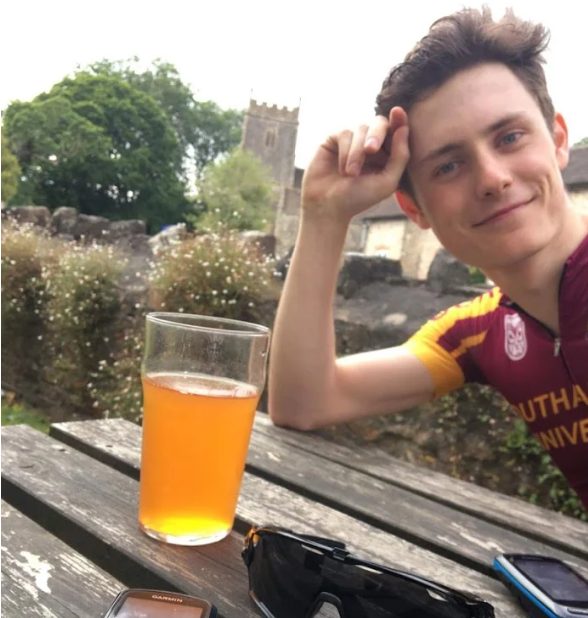 I make sure people get drunk...safely?
People know me for not riding for distances longer than 10 miles; loving zone 2.
Best moment was definitely beating Ollie 'EPO' Handely up Childworth.
Biggest faux pas, consistently wearing my "dad's socks" on club rides. 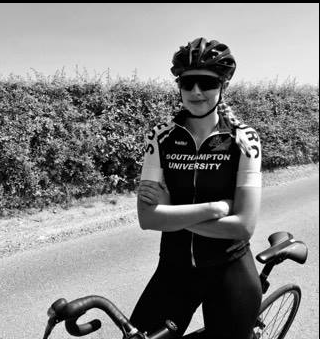 Make sure the women of SURC compensate for the lack of results from the men in BUCS.
I'm known for being tougher than all the guys; Having narrower hips than Henry; Roasting other club members (Henry) so hard some say they're still applying aloe vera to this day.
My best cycling moment was dropping everyone (only Henry in reality) on Furzedown.
As for my faux pas, I ride a Ribble commuter despite owning a Cannondale SuperSix (and making Niall v sad in the process). 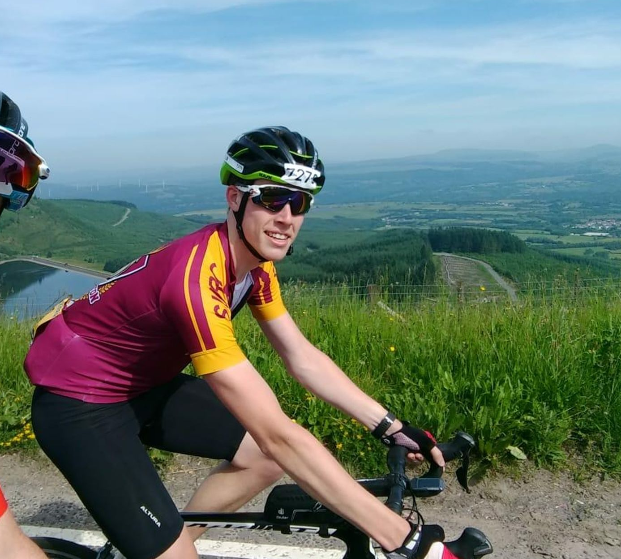 I organise the club training sessions, which includes the Chain-Gang and the Hill Climb Competition, as well as the weekly spin session at Jubilee.
I'm mostly known for "having six red lights", and hitting a few potholes...
Some great moments I've had were following a few weeks of the Tour de France each summer, with some bucket-list climbs.
As for my faux pas, I'd say completing about 50 metres of my first ever race before puncturing on the first corner, I finished a solid last place. 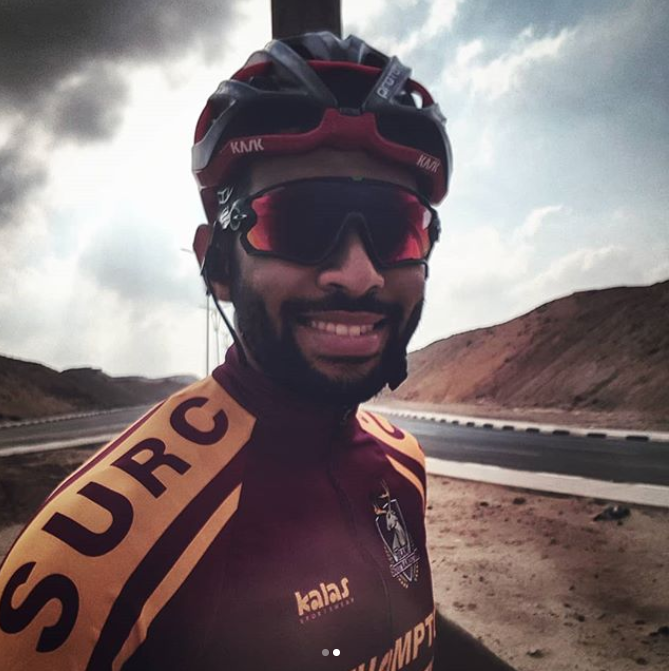 The title doesn't lie, I'm responsible for keeping the website up and running, as well as managing the club's social media and other forms of contact.
I quite appreciate using B'TWIN products a bit too much and I often love going up hills (except Chilworth, definitely in the bottom of my list...)
I was very pleased when I road my first 100km on a club ride, obviously my legs were so dead afterwards!
Being absolutely demolished by British weather after my first TT was definitely not fun, espeically because there was a layer of snow on my back at the time.